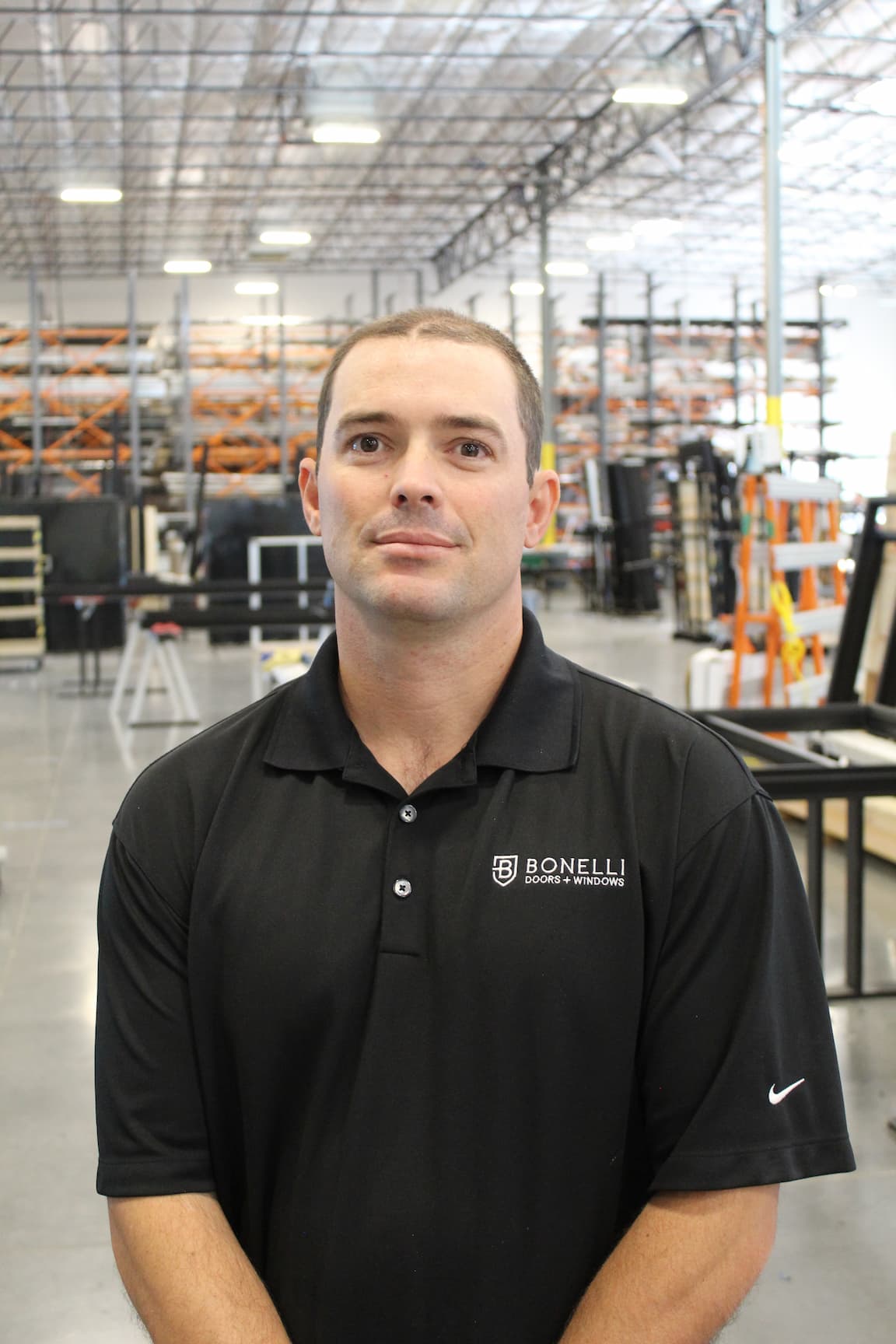 Stephen is the production manager at Bonelli Doors + Windows and oversees the entire production, warehouse, shipping and receiving team. He enjoys building processes, focusing on cross training team members and prefers to spend his time on the production floor solving problems instead of behind a computer. His management mantra is “One Team, One Dream- Build and Ship Quality Products on Time” and he works every day to better the team to achieve it. Stephen is driven by keeping his team safe and coaching them to achieve their professional goals.

Stephen's background is in commercial diving, specializing in offshore platform decommission and manufacturing in the oil industry. His extensive diving experience has trained him to stay calm and work efficiently in high demand and high stress environments. His teammates often say how levelheaded he is, and even when discussing an issue, Stephen’s approach is that there are “no problems, only solutions”.

Stephen is a native to Arizona growing up in Flagstaff, and currently resides in Queen Creek. Stephen enjoys spending time with his wife and kids. He finds the best way to decompress is in the outdoors hunting, fly fishing and camping.